Is There a Lawsuit Against Tylenol for Autism and ADHD?

Posted in Dangerous Drugs,News on November 17, 2022 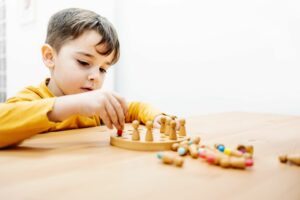 There is a 20-30% increased risk of developing neurodevelopmental disorders when pregnant women use acetaminophen. Mounting evidence suggests that acetaminophen, also known as paracetamol, may be linked to behavioral problems in children. These problems include ADHD and autism.

There is an ongoing lawsuit against the company that makes acetaminophen, Johnson and Johnson. So is there a link between Tylenol and autism or ADHD? Read on to learn more.

Tylenol first came on the market as a medication for pain relief in 1955. It is now one of the most popular over-the-counter (OTC) drugs in the United States. More than 30 million people use Tylenol every day to relieve pain, fever, and other symptoms.

While Tylenol is generally considered safe, there have been some reports of serious side effects. In 1982, seven people died after taking Tylenol, which had been laced with cyanide. As a result of this incident, Tylenol’s manufacturer implemented a new safety sealing process for all bottles of the drug.

In recent years, there has been some concern that Tylenol may have some connection to the development of autism and attention deficit hyperactivity disorder (ADHD).

A study published in the International Journal of Epidemiology found that the use of acetaminophen during pregnancy contributed to a slight increase in the risk of neurodevelopmental disorders in offspring.

The study’s authors cautioned that the public should interpret the findings with caution, as they did not establish a cause-and-effect relationship between Tylenol and neurodevelopmental disorders. Still, the findings raise questions about the safety of Tylenol for pregnant women and their unborn children.

There is currently no lawsuit against Tylenol manufacturers regarding autism or ADHD. However, there is an ongoing class action lawsuit against Johnson & Johnson, the company that makes Tylenol.

The lawsuit alleges that the company knew about the risks of acetaminophen but failed to warn consumers. The class action includes distributors such as Walmart, CVS, 7Eleven, Walgreens Rite – Aid and many others.

What Evidence Is Needed to File a Tylenol Lawsuit?

If you have evidence that Tylenol caused your child’s autism or ADHD, you may be able to file a lawsuit against the drug’s manufacturers. To file a lawsuit, you will need to show that you or your loved one:

You should also be aware that the statute of limitations for filing a Tylenol lawsuit may be different in your state. In some states, you may have as little as one year to file a claim. If you think you have a case, you should speak to a lawyer as soon as possible.

How Do I Prove I Was Taking Tylenol While Pregnant?

If you want to file a Tylenol lawsuit, you will need to show that you were taking the drug while you were pregnant. The best way to do this is to get a copy of your medical records.

Your medical records should show:

If you don’t have your medical records, you may be able to get them from your doctor or hospital. Another way to establish the pattern of use and the product used is by obtaining credit card records and pharmacy purchase records from your regular drugstore.

Can I Get Compensation for My Child’s Autism or ADHD?

There’s some difficulty in doing this but it isn’t impossible. If you can prove that Tylenol caused your child’s autism or ADHD, you may be able to get compensation for:

You will receive punitive damages in addition to compensatory damages. This can amount to millions of dollars.

Tens of thousands of affected children across the country are bringing claims against the manufacturer of Tylenol in what is called a “mass action.”

The Lawsuit Is in the Early Stages

On October 5, 2022, the Judicial Panel on Multidistrict Litigation (JPML) combined 18 lawsuits against acetaminophen into one in the Southern District of New York. The next day, an additional 48 cases were brought to light, totaling 66 cases now overseen by District Judge Denise Cote.

If the court allows the case to proceed, all of the plaintiffs will be represented by a single legal team. If you or a loved one has been affected by Tylenol in this way, you should speak to a lawyer about your legal options. You may be able to join the class action lawsuit and get compensation for any proven injuries.

How Do I Join the Mass Action Lawsuit?

If you want to join the Tylenol autism and ADHD class action lawsuit, you will need to speak to a lawyer. The mass action lawyers at Heenan & Cook can help you:

The lawyers at Johnson & Johnson, the company that makes Tylenol, are currently working on a defense against the lawsuit. They have not yet released a statement about the case.

The sooner you speak to a lawyer, the better your chances of getting compensation for your child’s injuries.

Get Expert Advice on Your Tylenol and Autism Case

If you believe you have a Tylenol and autism case on your hands, you need to take action now. The first step is to speak to a lawyer about your legal options. Heenan & Cook PLLC are lawyers who can help you with your case.

Speak with us today if you took Tylenol during pregnancy and would like to research eligibility in a Tylenol mass action suit.