This substance is toxic and, if ingested, is highly toxic to animals, mammals and human beings. There is also correlation between Paraquat and diseases and ailments including Parkinson’s disease.

If you or a family member have suffered injuries as a result of paraquat exposure our attorneys are here to help injured victims recover damages for the pain caused. The Billings, MT paraquat attorneys are here to help victims that have been impacted by Paraquat recover damages for the impact Paraquat has caused on their health and wellbeing. Free consultations are available at (406) 839-9091.

At Heenan & Cook, PLLC our attorneys understand the impact of injuries and defective products can have on a person. At our firm we:

Attorney Joe Cook is different from most lawyers handling Paraquat Parkinson’s claims- he grew up and has spent his life helping farmers and ranchers. Growing up, Joe followed his grandfather, father and uncles around to family operations all over Montana, the Dakotas and Wyoming. Joe is named after his grandfathers, Joseph Cook and Patrick Goggins, who both dedicated their lives to production agriculture. Most of Joe’s family members are still actively involved in production agriculture in Montana. In addition to his law degree, Joe has received both his Montana State FFA and American FFA  Degrees. Joe chose to pursue a career in law to continue the traditions of his grandfathers of being an advocate for rural Americans.

When Joe found out about the direct line between the herbicide Paraquat and the documented instances of Parkinson’s Disease, he was outraged, and knew he needed to get involved to protect his family and neighbors in the Ag community.

Paraquat is not banned in the United States, however this toxic chemical is banned in more than fifty countries across the globe. These countries include the United Kingdom, Thailand, China and the European Union.

While there are other geo-political organizations that have banned Paraquat, this herbicide remains legal to use in the United States.

Photo by Tomasz Filipek on Unsplash

What Does Paraquat Impact?

Anybody that has been exposed to paraquat can be at risk of the ill effects of the product. Generally speaking individuals involved in farming and agriculture are exposed to the harmful effects of the weed killer. The closer proximity to this chemical the more likely the individual will be to suffer exposure from the chemical.

Exposure to paraquat can cause serious health ailments including Parkinson’s disease. Paraquat is the blue herbicide also known as Gramoxone. It is used extensively by farmers and ranchers across the county, and basically destroys everything that it is sprayed on. It is a dangerous chemical that has been banned by most industrialized nations. According to the EPA, three drops “can be fatal, and there is no antidote.” Research indicates low level exposure over time significantly increases the risk of Parkinson’s disease, a progressive neurological disorder that afflicts movement, balance and speech for which there is no cure.

If you believe that you have been impacted by Paraquat and are showing symptoms associated with Parkinson’s disease, contact our law firm to find out how we can help.

What Industries Commonly Work with Paraquat?

There are various industries that regularly use Paraquat in their day-to-day operations. As we have reviewed, this is an herbicide used to kill weeds and various types of grasses. The individuals most commonly exposed to Paraquat in the US include commercial farmers and various other agricultural workers. They have been using this herbicide since the early 1960s, and have sprayed it on top of various types of crops, including cotton, soy, and corn.

The Environmental Protection Agency (EPA) specifically limits the use of Paraquat to commercial activities or for licensed applicators. There are no Paraquat products licensed for use by individual homeowners.

Paraquat should never be used in home gardens, around recreational parks, schools, golf carts, or playgrounds. To reiterate, Paraquat is strictly for commercial use and only by licensed applicators.

Despite being phased out throughout all of the European Union, China, and Brazil, Paraquat is becoming more and more popular in the US. In October of 2020, the EPA re-approved Paraquat for commercial use in the United States. EPA typically does not re-evaluate the use of certain pesticides until 15 years have elapsed, so the next scheduled date for a re-evaluation of Paraquat is sometime in 2035.

What are Common Products Containing Paraquat?

As we have reviewed, Paraquat is used as an herbicide. Thus, there are various types of weedkillers that have been known to use Paraquat as an ingredient. There are many brands of Paraquat on the market today. However, we need to point out that there are also many brands of Paraquat that were previously sold in the United States that are no longer sold, but individuals may have been exposed regardless, though sometime in the past. Some of the brands containing Paraquat since the 1960s in EU S include the following:

How Much is a Paraquat Case Worth?

There is no one size fits all to this answer. Each paraquat case will have its unique set of facts and circumstances. The settlement between cases that caused Parkinson’s disease and that resulted in a death, can vary drastically in the compensation awarded to a plaintiff.

To discuss the circumstances and facts surrounding your paraquat case, contact Heenan & Cook, PLLC to see how our attorneys can help. Our Paraquat attorneys understand the impact that the side effects of Paraquat cause on those directly impacted as well as their loved ones.

The window to make a claim against the manufacturers of Paraquat is open now, but will be closing soon. If you or a loved one is or has suffered from Parkinson’s Disease or other neurological disorders and may have been exposed to the herbicide Paraquat, contact Joe Cook to learn your rights. Contact us via our online contact form or reach out to us via phone at (406) 839-9091. 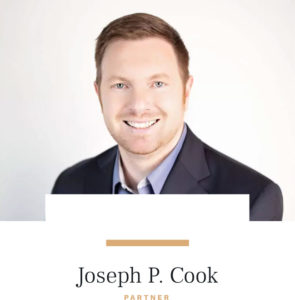